Welcome, friend. I am grateful you are here. May you breathe deep, exhale freely, and know that Christ is near. 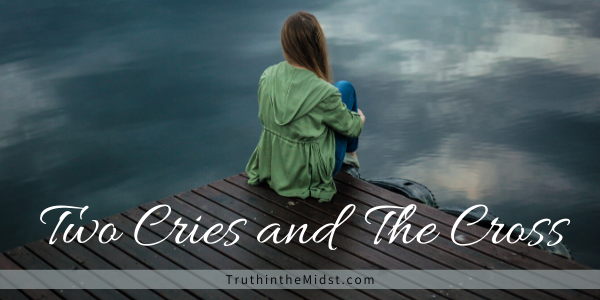 What kind of cry would halt you in your tracks? Is there a cry that would spur you to action?

In Matthew’s account of Christ’s crucifixion, we read about the fruit of two cries. First, we hear audible cries of mockery, insults, anguish, and victory. Next, are the cries only Jesus heard. While the cries of Christ’s accusers served to condemn Him to the cross, the cries we couldn’t hear were why Christ chose the cross.

Imagine the cries of those religious leaders when they mocked Christ as they paraded by the foot of His cross? The man to whom they hurled insults was nailed to trees in the form of a cross; spikes large enough – and placed well enough – that no man could liberate himself. But Jesus could have come down.

“And those passing by were hurling abuse at Him, wagging their heads and saying, “You who are going to destroy the temple and rebuild it in three days, save Yourself! If You are the Son of God, come down from the cross.” In the same way the chief priests also, along with the scribes and elders, were mocking Him and saying, “He saved others; He cannot save Himself. He is the King of Israel; let Him now come down from the cross, and we will believe in Him. He trusts in God; let God rescue Him now, if He delights in Him; for He said, ‘I am the Son of God.’” Matthew 27:39-43 (NASB)

Use your mind’s eye to look up from the foot of the cross. Can you see Jesus looking down yet saying nothing? Look left. Look right. The criminals, guilty as charged, hanging on either side of Christ. Can you hear their cries? Mockery-laced syllables spewed from bodies crucified.

“The robbers who had been crucified with Him were also insulting Him with the same words.” Matthew 27:44 (NASB)

The light of day receded like the ocean’s tide yet did not return. Darkness prevailed three hours. Undeniable. Unexplainable. Perhaps it was creation’s expression of the waning life of Christ.

“Now from the sixth hour darkness fell upon all the land until the ninth hour.” Matthew 27:45 (NASB)

The cry of Christ. The utter darkness of loneliness crushed His spirit; the culmination of man’s rejection, sin’s burden, and separation from His Father.

“About the ninth hour Jesus cried out with a loud voice, saying, “Eli, Eli, lama sabachthani?” that is, “My God, My God, why have You forsaken Me?” Matthew 27:46 (NASB)

Can you hear the chatter? Naysayers at the foot His cross; confused yet curious. For all Jesus’ words of anguish, they only garnered speculation. Christ’s cross remained a spectacle. Look at them. Waiting. Watching.

And some of those who were standing there, when they heard it, began saying, “This man is calling for Elijah.”  Immediately one of them ran, and taking a sponge, he filled it with sour wine and put it on a reed, and gave Him a drink.  But the rest of them said, “Let us see whether Elijah will come to save Him.” Matthew 27:47-49 (NASB)

Jesus’ blood-encrusted and dehydrated lips parted and exhaled His last words from the cross.

“And Jesus cried out again with a loud voice, and yielded up His spirit.” Matthew 27:50 (NASB)

Give yourself a moment.

What do you hear, now?

I hear my thoughts.

Of all the cries recorded in Matthew, none of them were the ultimate reason that Christ chose the cross. It was the cries only Jesus heard; they were there that day, too.

The cries emitted from every heart – every anguished soul – in need of the assurance of salvation were the cries only Jesus could hear.

Those cries were the reason Christ chose the cross.

Christ was not murdered; He chose the cross in order to answer the soul-cries once and for all. Christ answered those cries by sacrificing Himself and conquering death.

Do you know that He stills hears – and answers – those cries?

He hears you. He is available to you. He died so you could live and enjoy a forever relationship with Him.

Go ahead. Cry out to Christ. He not only answers, He is the answer.

“For God so loved the world, that He gave His only begotten Son, that whoever believes in Him shall not perish, but have eternal life. For God did not send the Son into the world to judge the world, but that the world might be saved through Him.” John 3:16-17 (NASB)

Aren’t you amazed that Christ heard the cry couldn’t express?

If you are a friend who is yet to allow Christ to answer your cry, I invite you to contact me or click here to read more. 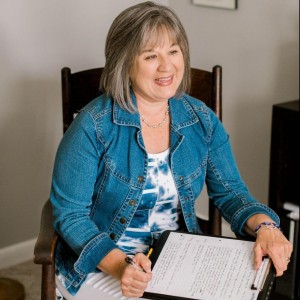 I am a sojourner in Christ who seeks to listen to—and obey—the single Voice of Truth. I thrive on communicating God’s Word through teaching and writing. Above all else, I love Jesus without shame. [Read More…]

Search Truth in the Midst

222Shares
My website uses cookies to ensure a great browsing experience, and to learn from your visit. By continuing to browse, you are consenting to the use of cookies.OK, THANKSPrivacy policy